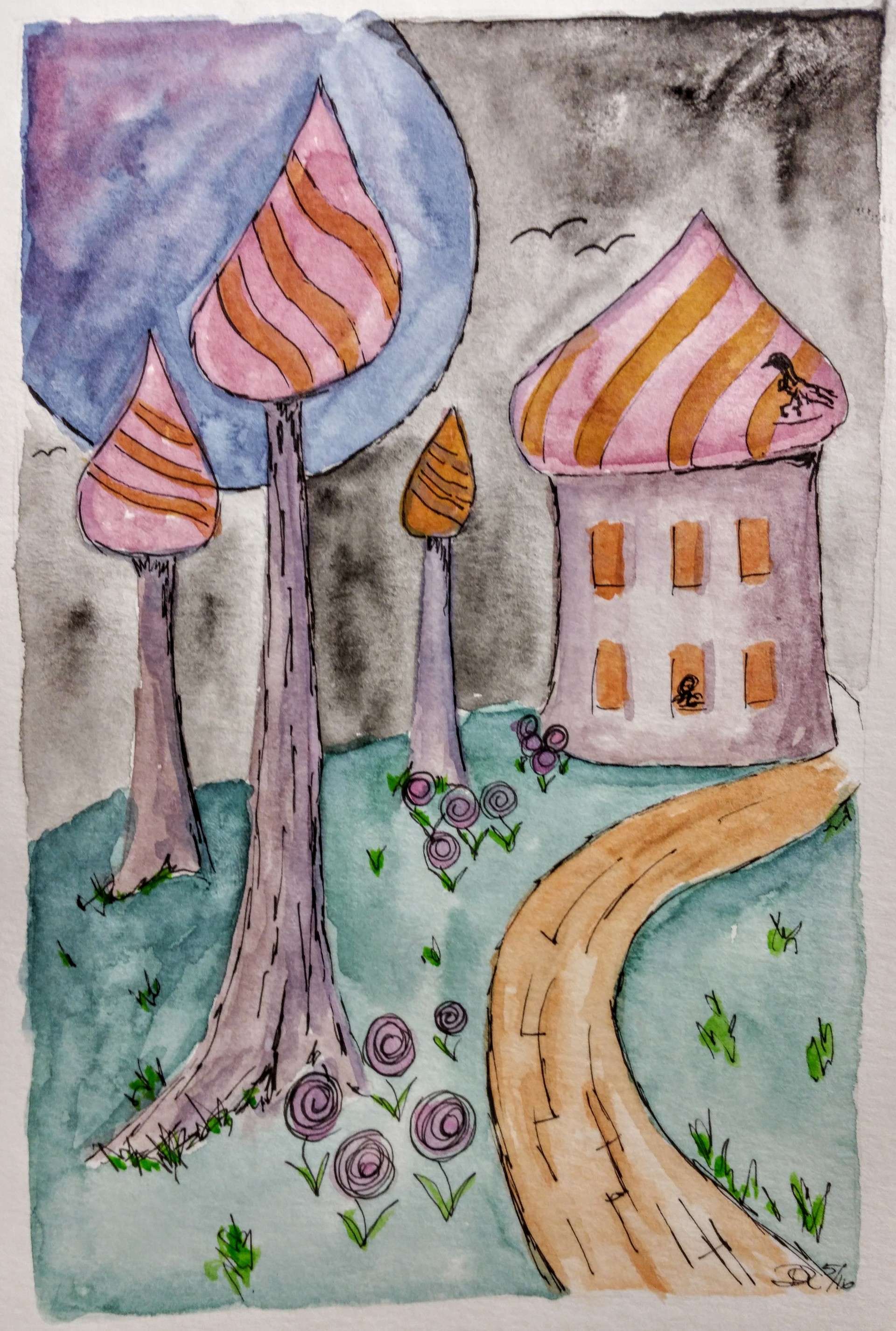 Hey there!  So I’ve been off and on busy and haven’t given The Happy Water Color Course from Bloknote Academy the attention it deserves.  I changed that this week and have completed the fantasy landscape.

I’m not that creative in terms of actual fantastical things.  I’m creative in solving problems and finding ways to do things that might be unique, but when it comes to drawing from my very own brain, it’s a struggle.

As such, I determined that potentially this was part of the general procrastination that has surrounded this course and decided that I didn’t need to be the most creative, I just needed to do the damn thing!  So I did.  I had watched the video several times by this point and didn’t want the barrier of pulling it up again, so I did it from memory.

I used a mix of watercolors and decided to use a pre-mixed black instead of the blend of browns and blues I have used previously.  I like the way it looks.