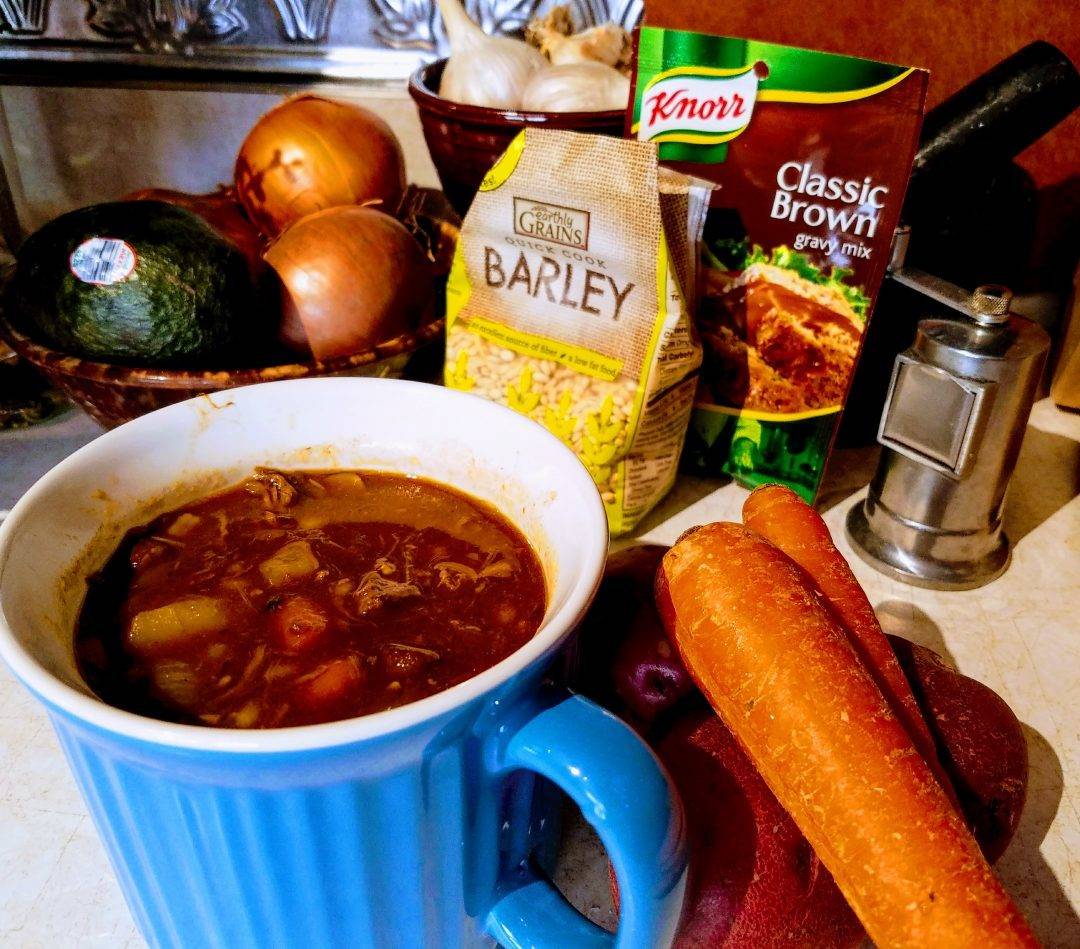 After a nice mid-morning snack of leftover pot roast, I found I still had a little over a cup of meat left with no more veggies.  Never wanting to waste, I decided to use the meat in a beef and barley soup.  To the store!

A quick trip to Aldi’s later, and now in possession of the many missing ingredients, I got to work chopping.  A large pot was warming on the stove over medium-high heat with a generous tablespoon of butter.

When I noticed that there was sticky brown goodness at the bottom of the pot, the beef broth went in.  The quick cooking barley, two bay leaves and around a tablespoon of thyme joined the party here as well.  I let the soup simmer for a good half hour and checked the potatoes and carrots.  While adding the beef to the soup, I whisked in a packet of brown gravy mix.

I don’t like thin soups.  Gravy is divine though.

Once the soup thickens, you can either serve with the Rosemary Bread and butter or cool and divide it for later deliciousness.

Now, if any of you know me, you know that I am not one to honestly brag.  This soup is awesome though.  I don’t think I could be more pleased with how it turned out and I couldn’t stop tasting it at the end.  It was so good!

As always, if you like what you see and want to support the work I do, please subscribe and use my Amazon Affiliate link.  Thanks!